Now in its first year, the awards are set to become an essential calendar fixture for Chinese airlines and the Chinese aviation finance sector.

The shortlist for these prestigious Inaugural China Awards, which will take place in Shanghai on 14 June, has been compiled after a rigorous judging process.

More than 40 submissions were received covering 33 unique transactions. The submissions were then narrowed down to three deals per category by Airfinance Journal's editorial and data experts.

The shortlist is as follows:

Best cross-border airline or lessor financing by a Chinese financier

Chinese lessor of the year

To be determined, based on The Airline Analyst data

Aviation Woman of the Year in China

The judging panel will now determine the winning deal in each category. If necessary, there will be a vote. Members of the judging panel must recuse themselves from deliberations relating to a category where their current or immediate past employer is short-listed.

In the event the judging panel cannot reach agreement, the panel may call for further information or discussion with AFJ.

A deal can only win one award. All winners will be announced on 14 June at the event.

To ensure a space or table at the 14 June Inaugural China Awards, please contact:

To find out more about the awards dinner please click on the image below to view the brochure: 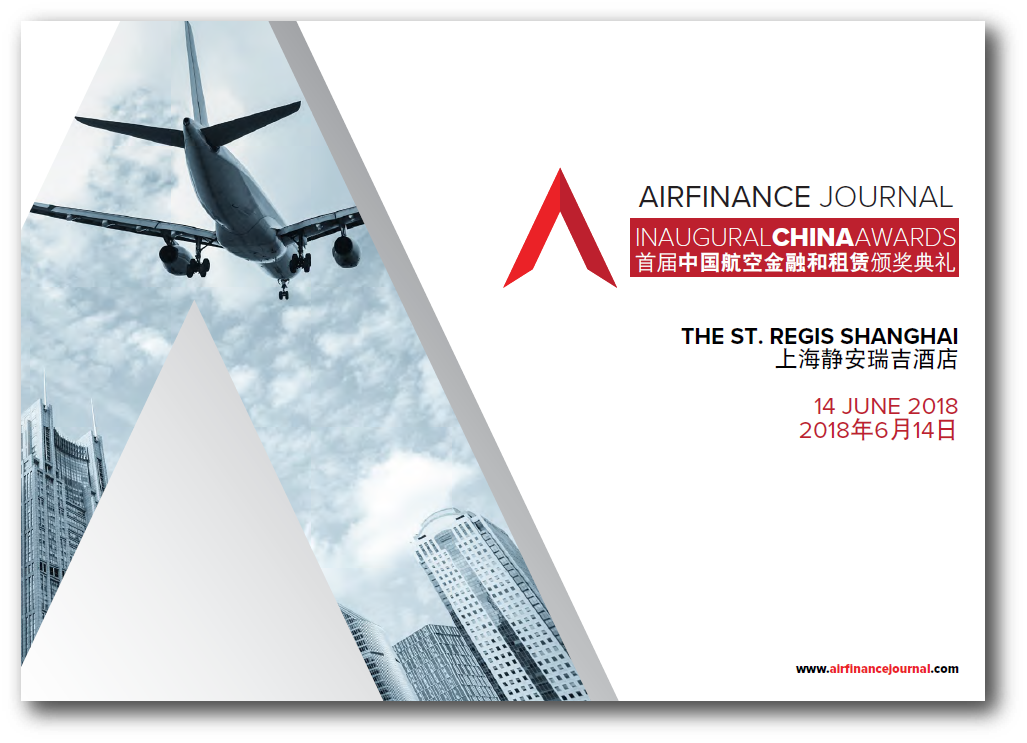